My client contacted me to refinish this small cabinet that holds his television.  He wanted it refinished in a golden oak stain to match the rest of his furniture.

When he dropped it off to my shop, there were a few surprises.  It seems that someone had attempted to strip it down but, well, let’s just say it hadn’t gone well.  The top was BADLY damaged with chunks taken out from the tool that was used.  The drawers were all stuck closed, and there was no hardware (the client had the original hardware at home).  He wanted to original top repaired rather than replaced, so I set to work on figuring out how to repair the damage. 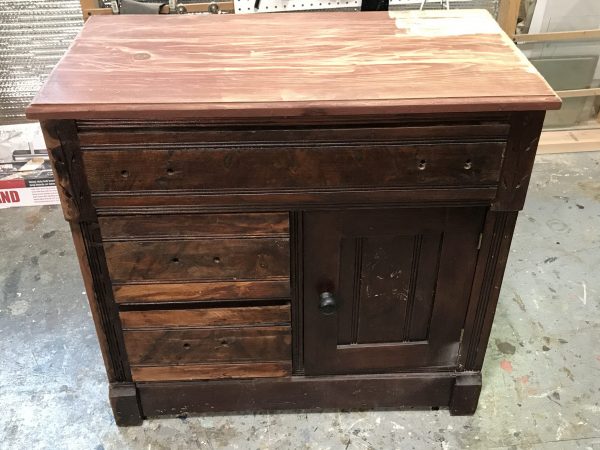 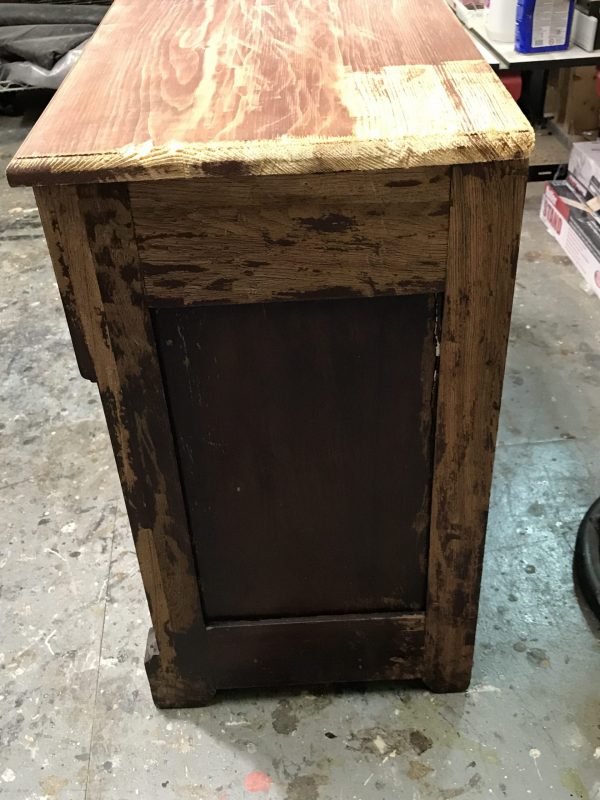 The top was not original to the piece and made of pine.  I decided to sand it down as far as I could to remove the majority of the damage before I started to strategize the repairs.  A belt sander was needed due to the depth of the grooves I was removing.  Once smooth, I filled in the missing chunks and sanded it level and smooth. 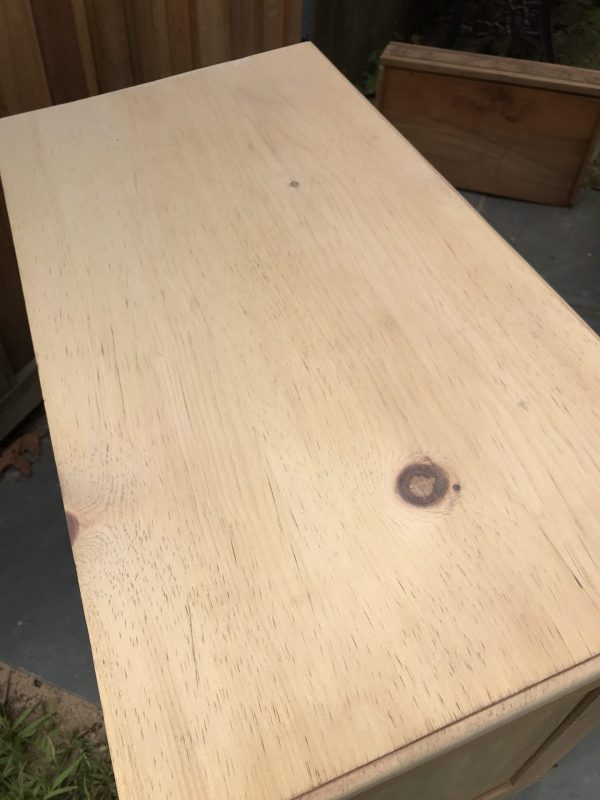 I applied stripper to the body of the cabinet and removed all of the poly and stain.  Red based stains are tricky to remove completely, so a thorough sanding was required.  Once I had the wood bare wood revealed, my concerns became a reality.  The wood had a natural red undertone, and there was no way I was going to be able to achieve a golden oak finish.  I contacted the client and let him know the news. 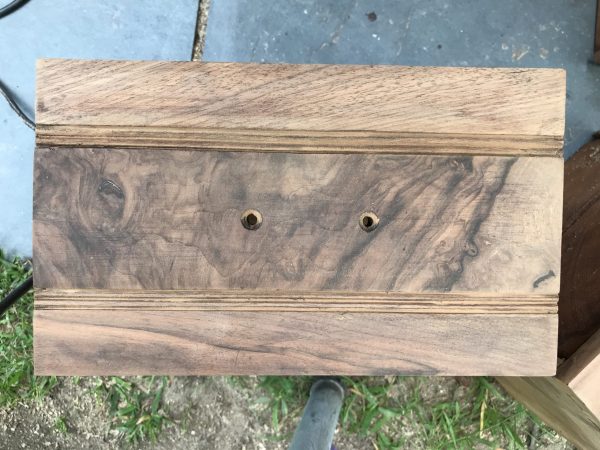 He was disappointed but understood.  It is just the nature of the wood.  I set to work to finish the piece and resolved to at least do my best to bring out the golden tones in the grain.  That way it could blend with his existing furniture, even though it wouldn’t be a match.  I used a golden oak stain and the wood grain popped!  It is so beautiful!  Since the top was a completely different wood, I custom blended a stain to match the base finish.  The entire piece got several coats of poly for protection, and it was ready to go home. 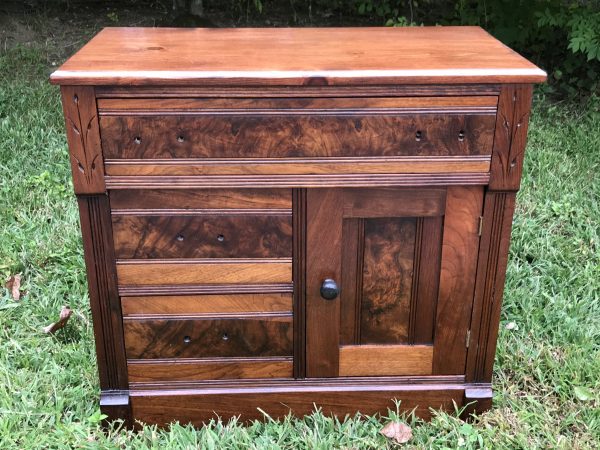 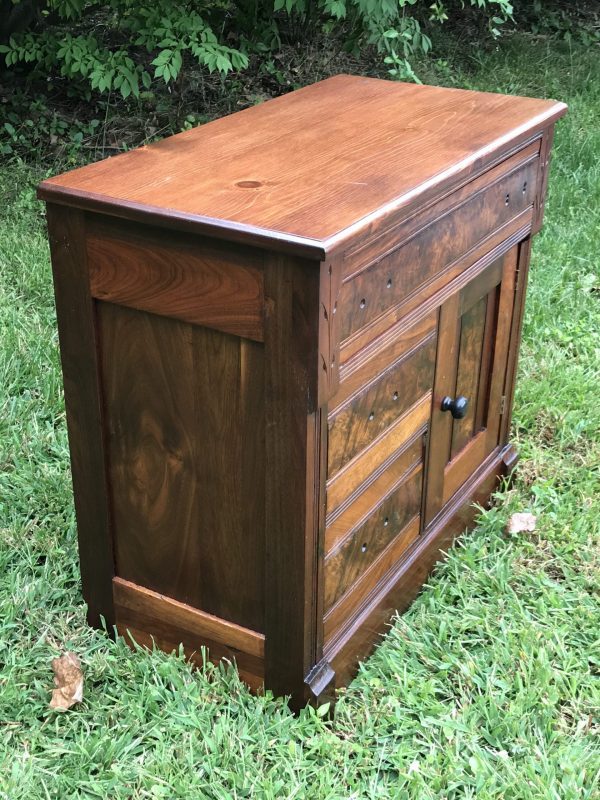 I’m always bummed out when I can’t give the client what they ask for.  Mother nature just wouldn’t allow it in this case.  But the finished piece is beautiful and I think it will blend right in.

Hold My Wine, I’ve Got This…

View all posts by Amy Konop